Warning: count(): Parameter must be an array or an object that implements Countable in /home/obiageri/public_html/wp-content/plugins/post-view-count/post-view_count.php on line 70
 AN ORCHESTRA OF MINORITIES: A Review - Obiageriaku

AN ORCHESTRA OF MINORITIES 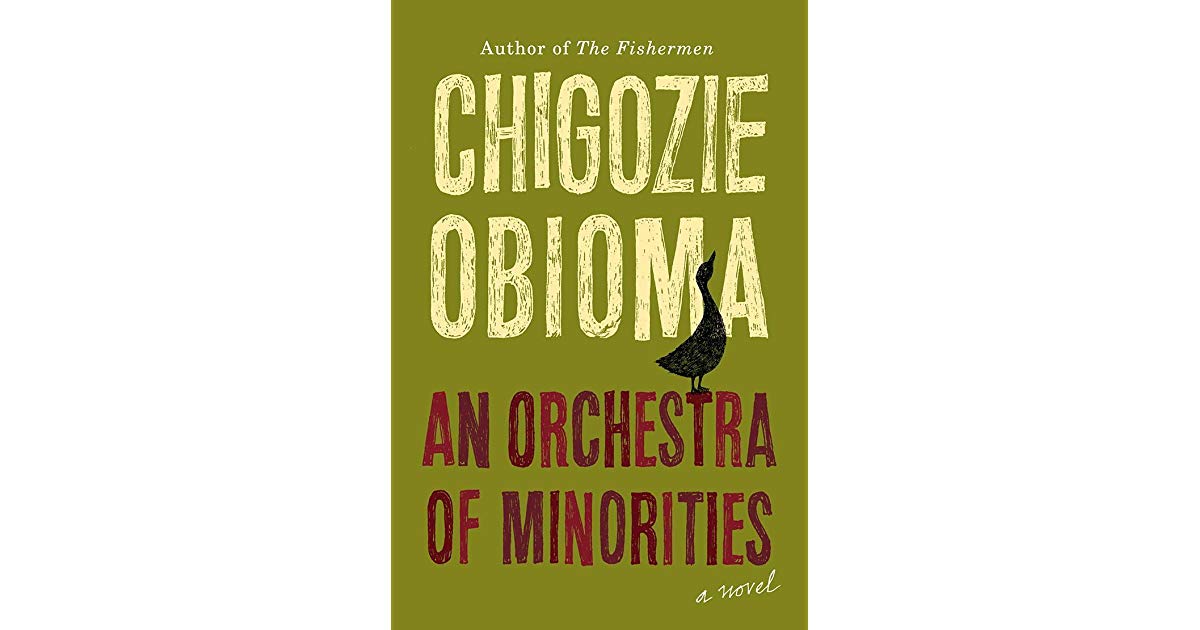 …..A tale of twisted love & an ill-fated odyssey……


“He had joined many others ….all who have been chained and beaten, whose lands have been plundered, whose civilizations have been destroyed, who have been silenced, raped, shamed, killed. With all these people , he’d come to share a common fate, they were the minorities of this world whose only recourse was to join the universal orchestra in which all there was to do was cry and wail.” ( P.290 L.26 – P.291 L.6)

Sigh!! Where do I even begin with this book? I must say I was quite skeptical to delve into the literary mind of Chigozie Obioma for the second time. I got seriously burnt the last time with his first take, The Fishermen. To be honest, my mind hasn’t fully recovered, the book went from super hopeful to pitch black, total darkness in a matter of pages. *exhales… Anyways that is a story for another day. I can’t wait to spill the deets on An Orchestra of Minorities.

MY SUMMARY: WARNING THERE ARE SPOILERS!!!!

Sooo… an orchestra of minorities is a thrilling narration of an epic love story. Cue curtains, lights, sound & action!!!! (I hope I got that right). Enter center stage, Chinonso, a lonely poultry farmer, who life has done a number on (literally nobody’s life sucks this bad, he has lost his mother in his childhood, his sister has abandoned him for a forbidden marriage and just recently his dad passed away too. I don’t know about you but can you get a whiff of village people… I’m just saying they are working overtime).

One evening on returning home from selling his chickens, he approached a bridge. There he sees a lady about to throw herself into the swollen and raging river below. He tries to persuade her to do otherwise but all his pleas fall on deaf ears. In a final and desperate attempt to foil the apparent suicide, he hurls his prized chickens down into the enraged waters beneath them to show the terrible reality of drowning (i.e. to reset auntie’s brains *rolls eyes).

Alas, the lady comes to her senses (*rolls eyes again) and Chinonso journeys back home. What seems as just a one-time encounter will come back to haunt them with gut-wrenching consequences.

Watching from the sidelines is the narrator of this dear tale, Chinonso’s guardian and chi (by the way, this hands down is my favorite character.) the author portrays this character as an ancient entity, so eloquent, articulate and very protective of his host (confession time!!! I legit read most of the chi’s monologues in Pete Edochie’s rich, vibrant and very Igbotic voice.)

The Chi is in fact the storyteller of this book. He is trying very desperately to make a case for his host, Chinonso to the God of creation because in his own words his host has committed an abominable act in error.

The author delves in Igbo cosmology (Yass!!! Yass!!! Igbo Kwenu!!) in this book. Hence his inclusion of the mystical Chi. The chi is a divine entity that has lived 700 years moving from host to host, accompanying each of them from birth to death. So yes in retrospect he has seen a lot of Sh….*coughs..ermm Stuff but none as explosive as the ticking time bomb that is Chinonso.

Chinonso embarks on his epic journey of love with Ndali the Damsel (I hate that word) he saved on the bridge. The romance blooms and he sets his heart on marrying her (*yimu, I laugh in Igbo vowels). His plans are met with adversity from Ndali family as he is deemed unfit to marry their daughter (Like come on now, she is a chief’s daughter, an igbo one for that matter…geez!!!).

Blinded by his love for Ndali, Chinonso sells his home and his farm and sets off for Cyprus to acquire a degree that would change his social status. Here in this foreign land, he learns that not all that glitters is gold and falls headfirst into the pit of misfortune. By the time he gets back, he returns a broken, twisted man unrecognizable to himself and even his Chi.

First off, I went and got my heart broken again and I’ll be needing therapy till the next Chigozie Obioma Installment comes around. Wheew! An Orchestra of Minorities was a never-ending roller-coaster ride for me. My emotions were all over the place. I guess that’s how you know great art, it provokes something in you.

Ndali and Chinonso….sigh!!!! their love was an explosive one. The kind of love that consumes everything and everyone in their path. Like a bloody black hole of destruction. It freaked me out a bit to honest. I hated the fact he called her mummy, like what in God’s Name is that. It was very creepy. Like can you imagine them in the other room…..? “Ah Yes Mommy”. Mbanu ABEG!!!

All in all the book was well written, the Igbo and pidgin were spot on. I honestly felt like the author took me on a spiritual journey. I’m very pleased and I hope you’ll be too. P.S. while you’re reading this book you’ll come across a character called Jamike, Please Hate him. You’ll thank me later.