Warning: count(): Parameter must be an array or an object that implements Countable in /home/obiageri/public_html/wp-content/plugins/post-view-count/post-view_count.php on line 70
 My Top 10 - Obiageriaku 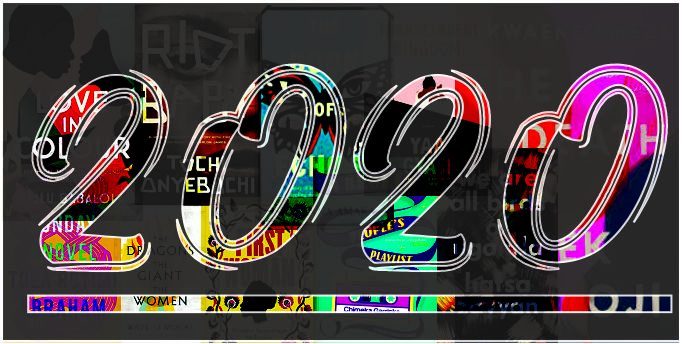 An Act of Defiance by Irene Sabatini

Harare, 2000. Gabrielle is a newly qualified lawyer fighting for justice for a young girl. Ben is an urban and charismatic junior diplomat, attached to Harare with the American embassy. Robert Mugabe’s youth wing terrorized his political opponents as he tightens his grip on power, they begin a tentative love affair. But when they fall victim to shock, their lives split across continents and their stories diverge, forcing Gabrielle on a painful journey towards self-realization.

From James Murua’s Blog: It is described by the publisher Oneworld as, “a powerful feminist rendition of Ugandan origin tales, The First Woman tells the story of Kirabo, the equivalent of Eve in Ugandan mythology. Smart, headstrong and flawed, Kirabo is raised by doting grandparents in idyllic Nattetta in rural Uganda. But as she enters her teens, she starts to feel overshadowed by the absence of the mother she has never known.  At once epic and deeply personal, it tells the story of one young girl’s search for her mother, her discovery of what it means to be a woman throughout history and the implications for her future.”

Love in Colour by Bolu Babalola

Join debut author Bolu Babalola as she recreates the most beautiful love stories from history and mythology and retells them with new incredible detail and vivacity. From the homoromantic Greek myths to magical Nigerian folktales, to the ancient stories of South Asia, Babalola is inspired by tales that truly show the variety and colors of love around the world. A high-born Nigerian goddess feels beaten down and unappreciated by her gregarious lover and longs to be truly seen. A young businesswoman attempts to make a great leap in her company and an even greater one in her love life. Whether captured in the passion of love at first sight or realizing that self-love takes precedence over the latter, the character’s in these vibrant stories try to navigate this most complex human emotion and understand why it holds them hostage. Bolu takes a step in decolonizing tropes of love and creates new stories inspired by the wildly beautiful tales that already exist in so many communities and cultures. Moving exhilaratingly across perspectives, continents, and genres, from the historic to vividly current, Love in Colour is a celebration of romance in all its forms. Get lost in these mystical worlds and see that love, like humanity, comes in technicolor.

We are all birds of Uganda by Hafsa Zayyan

The Dragons the Giant the Women by Wayetu Moore

An engrossing memoir of escaping the First Liberian Civil War and building a life in the United States when Wayétu Moore turns five years old, her father and grandmother throw her a big birthday party at their home in Monrovia, Liberia, but all she can think about is how much she misses her mother, who is working and studying in faraway New York. Before she gets the reunion her father promised her, war breaks out in Liberia. The family is forced to flee their home on foot, walking and hiding for three weeks until they arrive in the village of Lai. Finally, a rebel soldier smuggles them across the border to Sierra Leone, reuniting the family and setting them off on yet another journey, this time to the United States. Spanning this harrowing journey in Moore’s early childhood, her years adjusting to life in Texas as a black woman and an immigrant, and her eventual return to Liberia, The Dragons, the Giant, the Women is a deeply moving story of the search for a home in the midst of upheaval. Moore has a novelist’s eye for suspense and emotional depth, and this unforgettable memoir is full of imaginative, lyrical flights and lush prose. In capturing both the hazy magic and the stark realities of what is becoming an increasingly pervasive experience, Moore shines a light on the great political and personal forces that continue to affect many migrants around the world and calls us all to acknowledge the tenacious power of love and family.

The Death of Vivek Oji by Akwaeke Emezi

What does it mean for a family to lose a child they never really knew?

Book of Echoes By Rosanna Amaka

A sweeping, uplifting story of how a boy from Brixton and a girl from Lagos escape their dark past and find themselves a bright future